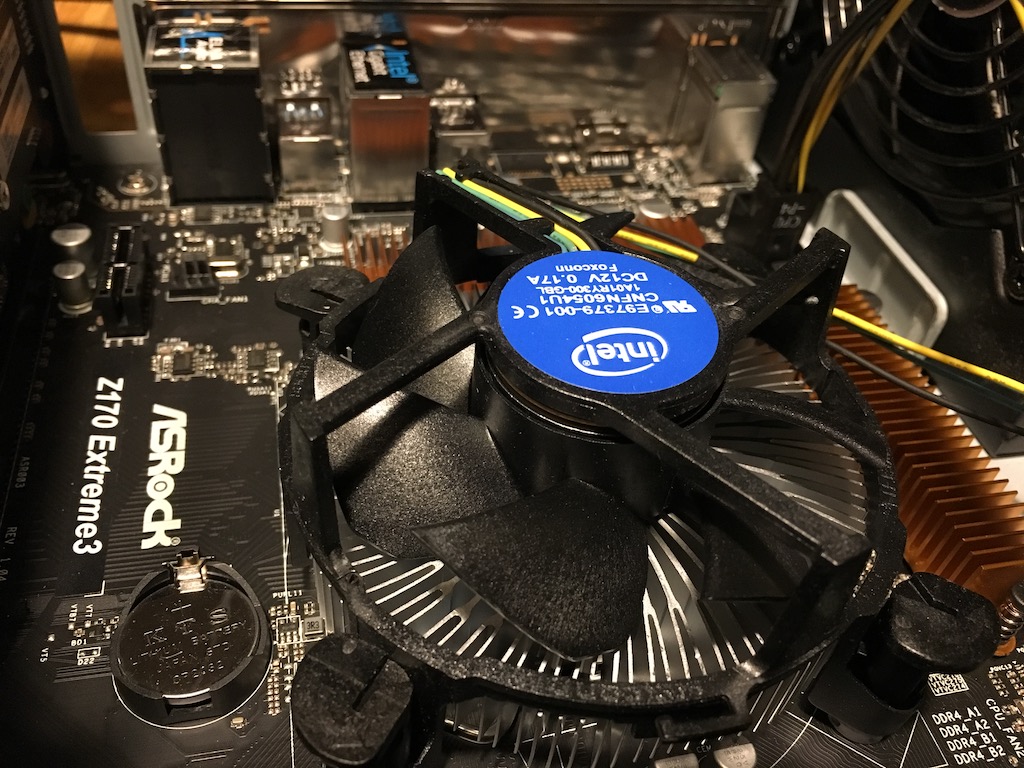 So, as a bit of a birthday present for myself I decided to finally cross one of the longest standing todo items from my list: I’ve finally updated my gaming PC again after nearly 6 years.

I had originally gotten that PC for StarCraft 2 and to - some degree - the Battlefield series. Sadly, not many other games on that platform caught my eye and I therefore let that black box right to my table just sit there and be a nice table-extension. Most of the games I wanted to play were also available on consoles which allowed me to avoid the hardware-upgrade-battle for many years.

That all gradually changed over the last year or so with more and more games being either straight ports from the PC with bad framerates or otherwise had weird issues that made them less fun playing from 2-3m away on a couch.

One of the last straws was The Division. Great game, fancy UI, … but also terrible UI for me sitting on a couch as the fonts, icons etc. were all so tiny that I could barely see them anymore.

And then Microsoft and Sony announced the upgrades to their respective consoles. Both focus on 4K and HDR, so most likely the fonts are getting even more tiny. Both companies stated that this move won’t mean the end of their original console versions any time soon, but I’m still kind of expecting the “non-pro” versions of the games to have even worse framerates. So, all of a sudden there was also an upgrade race going on on consoles. The number of console-exclusive games I’m currently looking forward to, isn’t all that great, either, while the list of unplayed games in my Steam library is getting bigger and bigger.

I also got Overwatch for the PC a couple of months ago and as much as I love it, it really looked bad on my old system. So I finally decided it was time to focus on the PC as gaming platform a bit more again and got myself these:

A friend asked me why I got 32GB for a gaming PC. Honestly? I’m just glad I didn’t max out the mainboard with 64GB 😉 One could say, I bought a new PC pretty much primarily for Overwatch. Exaggerated but actually quite close to the truth 😉

Thanks to these (esp. the new graphics card) I can finally play it in style and also get into some of the other hot new games on the platform. But also some classics, like Battlefield 4 for which I have a premium pass. Turns out, I don’t like playing with people who complain and insult all the time anymore. Instead, I will mostly focus on Blizzard’s shooter and perhaps finally finish Borderlands: The Pre-Sequel. And then I played the Doom demo… I really hope it and Civ6 will be in one of the Black Friday sales 😉